I just spent two and a half weeks in a dissertation bootcamp. We wrote individually, but within a community of practice in which we discussed strategies for sustained writing success. I’ve found that, despite all the challenges I’ve faced, as most grad students do, weird hobbies with a strong sense of community have helped keep me sane. 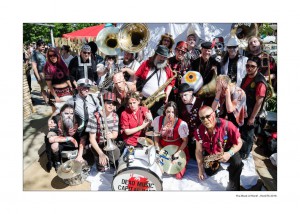 I played roller derby for about five years, most recently and the longest as a founding member of an Austin-based scrimmage team: Team Free Radicals. It was a wonderful community of strong women with a similar sense of purpose. 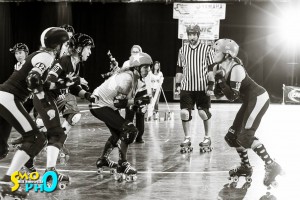 But Elmar was just never that into it, and in the end, I didn’t have the mental space anymore for all the strategy. So I quietly retired in Oct. 2015.

A few months prior, we joined the Dead Music Capital Band. I chose to play cymbals, an instrument I can play more or less intuitively. Elmar got back on tenor sax, which he has to practice. That was intentional.

What I didn’t expect was how much he would enjoy the marching band culture. One day on the way home from a gig, he started talking about how he wished he could have done a year of high school in the US. He felt like he would have really enjoyed that sense of community growing up. Ensemble.

I’m glad Elmar has joined me in being a band nerd. It’s great to share a weird hobby that came from my US roots. Didn’t see that one coming when we left Germany in 2011. 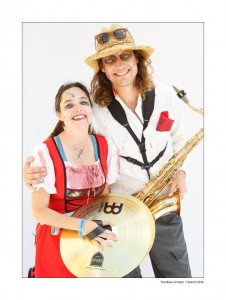