My mother was born and raised in New Orleans and still has lots of extended family there. Since I was in town for the Running of the Bulls, my cousin Sidney decided to throw one of his famous pool parties on the following day.

I showed up with a few Austin rollergirl friends, and we were greeted with abundant food, drink, and live music in the backyard. 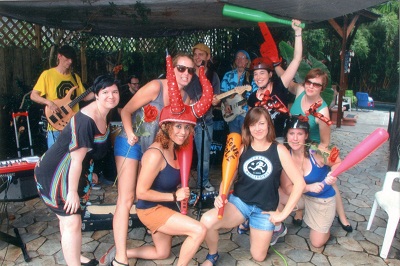 What was most amazing about the party is that it was multi-generational and transcended social groups. Sidney owns and operates a tour company and has many friends in the French Quarter tourism and entertainment industry. So of course there was a beer can juggling guest named “Magic Mike” (pre-stripper movie) who would later be dressing as Napoleon for Bastille Day so that waiters could chase him while carrying full trays in the Waiters’ Race.

Photo from the Times-Picayune: NOLA.com

There were also many of my Smith cousins present: 90-year old Irvin and 80-year-old Annette kept Smith’s Record Shop going for many years on St. Charles Ave. next to the Pontchatrain Hotel. Judy, who I may have never actually met before, is the sister of my cousin Cheryl and works as a nurse. 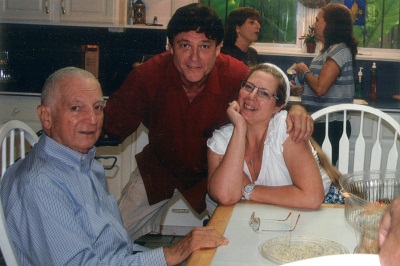 Arlene and Alan co-write the Crecent City Jewish News. Marc is a pediatrician whose children have already traveled the world as young adults. Justin is an artist. And I hadn’t seen any of them in at least 15 years. 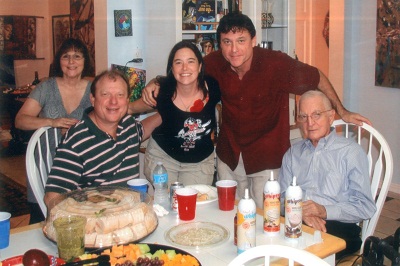 It was so nice to go to New Orleans for a girls’ weekend and end up with a family reunion.