We are an American-German couple who moved from Germany to the USA in October 2011. Elmar is German. Devon is US-American and has lived in Germany for the last 8 years. 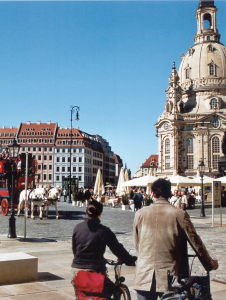 We decided that our new location should be liberal, vivid, laid back and sunny with a lot of nature nearby. It should also have rich cultural offerings and a university scene. After a lot of research, we picked Austin, Texas as our new home.

We will report and reflect about our daily lives while (re)integrating into the US. Sometimes things work out even better than we could hope for. Sometimes we experience culture shock when expectations clash with reality. Sometimes we miss aspects of life in Germany. Sometimes we really appreciate what life in the US has to offer.

Update, after being in the US for slightly more than a year

Yes, we like Austin. It has plenty of cultural offerings, which we enjoy a lot. We both found a community around a sport: Devon plays roller derby and Elmar juggles and started playing golf. On weekends, we often try out Texas State Parks and Travis County Parks. We have been to almost every natural park near Austin. The nice think about central Texas is that’s almost never too cold to do outdoor activities.

Besides his job in a tech company, Elmar also publishes a science magazine. Devon is in a PhD program in foreign language education and teaches German at the University of Texas at Austin.

(I copied this from the blurb I wrote for my 10-year high school reunion. Seems appropriate to repost now that we’re blogging. It covers my life in a nutshell from 1998 – 2008.)

During my time at Boston University, I read and interpreted the classics, played bass drum in the marching band, became a Red Sox fan and got hooked on traveling and living overseas because of my study abroad experience in Dresden 2001. My favorite way to cross a border is on two wheels (either on a bike or a motorcycle).

In 2004 I visited a college friend in Niamey, Niger for a month, just south of the Sahara Desert. I drank tea and played cards in French with Wodabes, who can point out relatives in a 1984 National Geographic. 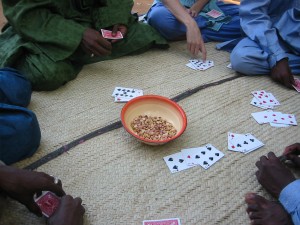 In 2006 I spent a month (and a fortune) visiting a high school friend in Japan. I ate raw horse, enjoyed bathing in the onsen hot springs and rode a one-speed bike 40 km around an active volcano.

Now I’m back to business in Germany, where I am working on a masters in German Studies: Culture and Communication. Internships for my degree included teaching German at WT White, RA-ing for the BU Dresden Program, and developing/guiding a cycling sight-seeing tour for German language learners for Fat Tire Bike Tours in Berlin. My thesis examines the learning effects of excursions within the context of a study abroad program.

My German husband, Elmar, is a doctoral candidate in physics education, speaks fluent Italian, has crazy glasses, and played accordion until we broke his thumb falling off a tandem bike in April. Guess he’ll have to concentrate on the didgeridoo now. (editor’s note: Elmar’s thumb healed. He is able to play accordion and wash dishes again.) 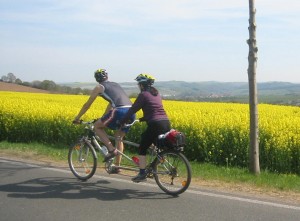 We are looking to move to the US next summer, so if any of you have tips for university positions in the fields of physics education or study abroad, please let me know. (editor’s note: We were just two years late on that goal.) Oh, and no “Elvon” or “Devmar” babies any time soon. 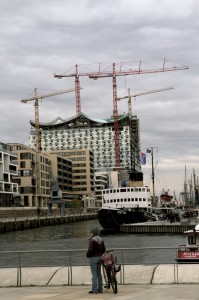