Today, Germany defeated Brazil 7-1 in the semi-finals of the 2014 World Cup. And Americans were watching. I’ve been surprised at the fervor with which people are following games here in Austin. There are viewing parties in bars and offices. People care. In fact, Elmar even cares here more than he ever did in Germany because it’s been a good way to chat with his students and colleagues at ACC and ITT. While I’ve enjoyed watching games in English and Spanish, my heart is with cheering on Germany at “Public Viewings” in Dresden.

Summer 2006 was magic. As a second-semester masters student, I was getting the hang of grad school and had a cohort of amazing international women. I was happy in my flat share in a cool part of town, the Hechtviertel. Elmar and I started dating at my favorite street festival, the Buntes Republik Neustadt, after months of Pride and Prejudice-like romantic tension. And Germany was hosting the World Cup.

Something changed in Germany that summer. In the course of a week or so, the weather warmed and cleared as international visitors streamed in. Bars and cafes all over the country scrambled to set up outdoor TVs and projectors to show the games. The host cities installed all sorts of art projects and sponsored fan festivals. 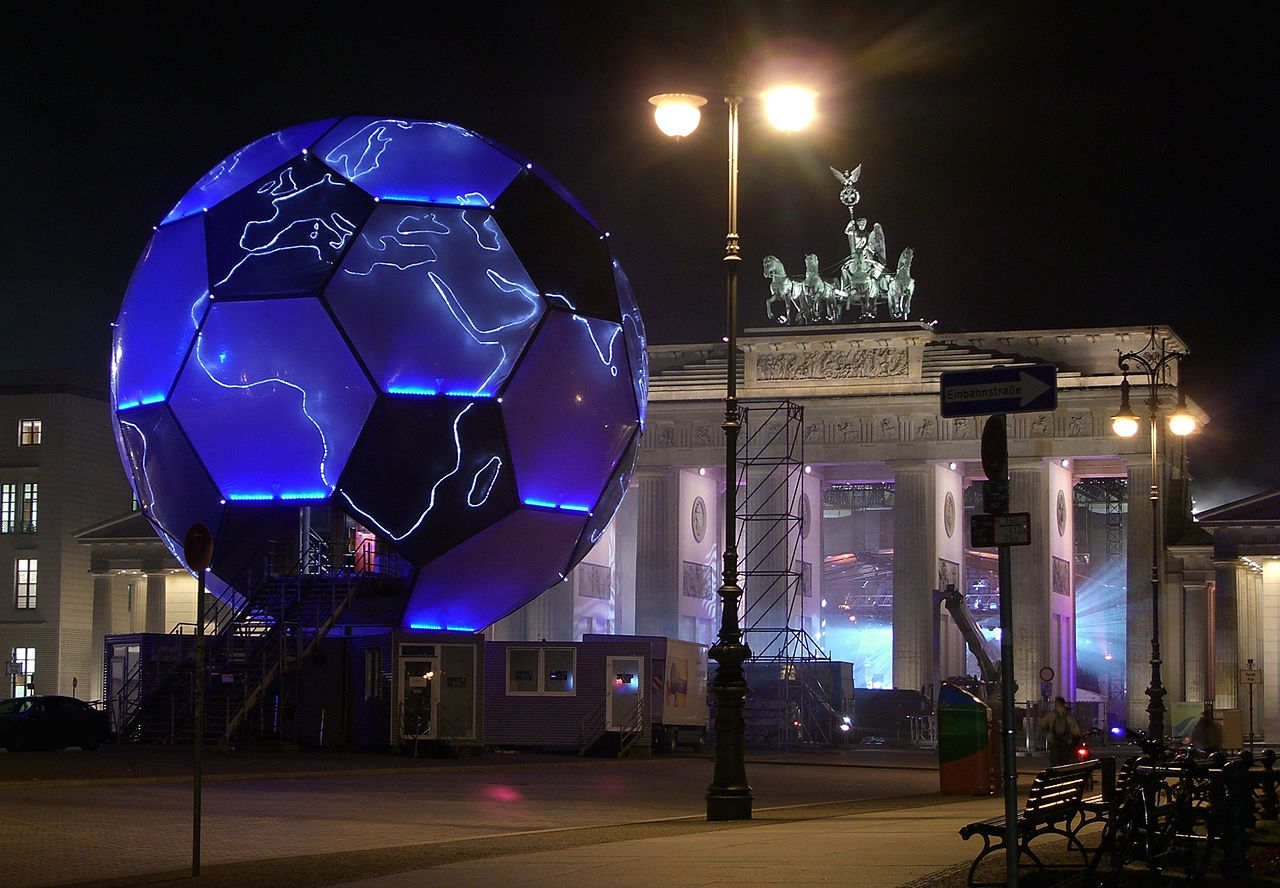 Dresden didn’t host any games, but I was in Berlin for a day to drop off a friend at the airport. I randomly boarded the 100 double decker bus to soak up the atmosphere and chatted with some Croatians. When they saw a group of Brazilians at a stop, they engaged in friendly, silent banter. Using gestures, each group indicated that their team would win and by what point margin. They light changed, and they waved goodbye.

With everyone else wearing their national colors, Germans started to as well. For the first time in 60 years, it was okay to wave flags. 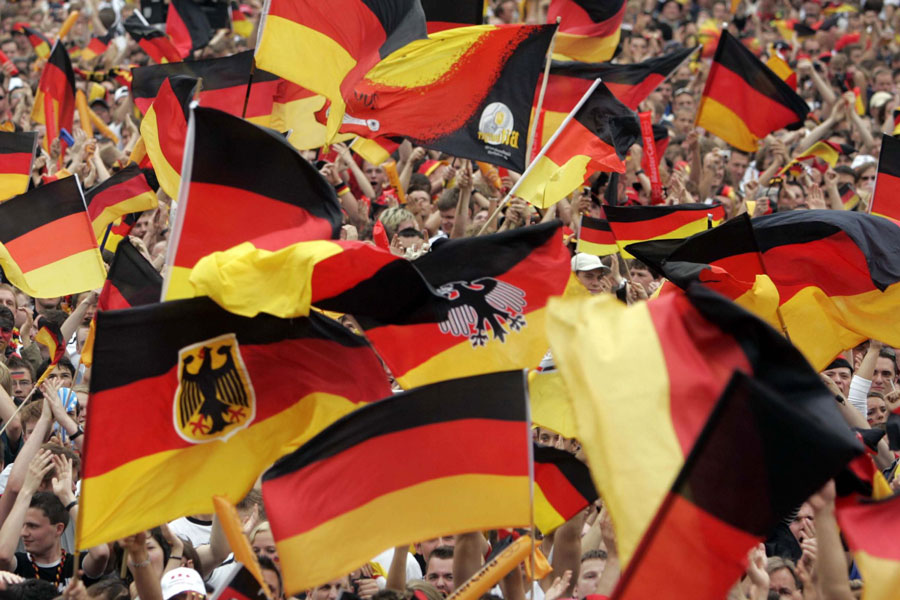 The democratic German flag from 1848: Creative Commons image from http://www.bpb.de/politik/grundfragen/deutsche-demokratie/39418/einleitung

Suddenly, everyone sported ridiculous black, red and gold wigs. For a more subdued look, you could buy a paint set to swipe a flag across your face. 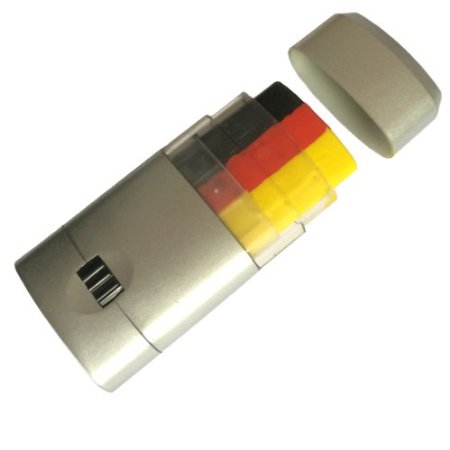 Buy some flag paint from amazon.de

I could finally publicly wear a German flag-colored Puma shirt my brother had given me years before. There was a collective catharsis. This paradigm shift even got international attention in American and British news. It was almost like a collective sigh of relief to be like all the other nations. And the German team was winning.

I watched the semi-final game against Italy at a temporary bar on Rudolf-Leonhard-Straße, across from Leonardos. What was it called? It doesn’t matter; they had probably a few hundred people watching on one or two TVs outside and a projection inside. Half of us probably brought our own drinks. We blocked the street. No one was driving except for some poor truck driver who couldn’t get through. He gave up and watched with us. Everyone was in a great mood until Italy hit that first goal in overtime. And a minute later the second.

You could feel the bottom drop out. Everyone was in shock. Kind of like Brazilians were today.

But then Germany came back in the consolation match to defeat Portugal 3-1. We were happy again. We were “Weltmeister des Herzens” (winners of the heart). It was a magical summer.

Chin up, Brazil, you’ve got another game to play.